Statement on the release of fourth quarter 2019 FDIC numbers from Rose Oswald Poels, president/CEO of the Wisconsin Bankers Association

“Wisconsin ended 2019 on a positive note showing signs of strength and stability despite stress in certain economic sectors including the agricultural community.

Deposit growth increased 2% with the demand for those deposits remaining high as shown by an increase of 30.8% in total interest expense. Margins are holding steady which helps to maintain net income.

These indicators demonstrate the stability of Wisconsin’s economy as businesses and families leverage the opportunities offered by bank services to improve their quality of life and services to their customers. In a December survey of Wisconsin’s bank CEOs and presidents, low unemployment, strong manufacturing, low interest rates, a diverse economic base, and strong consumer confidence were some of the factors cited as to why the economy was doing so well during the fourth quarter.

Agricultural bankers continue to proactively work with their customers during these challenging times. Farmland loans increased 1.1% while farm loans decreased by 7%. In a December survey of Wisconsin’s ag bankers, respondents indicated liquidity, farm-level incomes, and uncertainty around tariffs and trade were their top concerns on conditions facing their customers during the fourth quarter. Bankers value the farms, agribusinesses, and hardworking people that make up the communities they serve. It’s important for the ag community to have Wisconsin banks to help them through these tough times. As lenders, trusted advisors, drivers of economic growth, and central pillars of the community, banks are uniquely positioned to help their agriculture customers through the challenges of this down cycle.

Noncurrent loans and leases increased 9.2% which meant a return to normal levels after a historically low quarter reported in 2018. This is a trend the banking industry will be watching in the next quarter.

Wisconsin banks continue their important role as key drivers of our state’s economy by helping businesses grow and families prosper.” 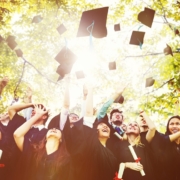 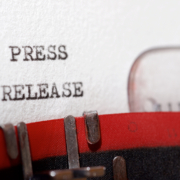 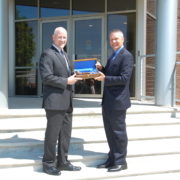 Transitioning Away from LIBOR Scroll to top