Peoples State Bank has partnered with MC United Soccer Club through a multi-year jersey sponsorship that will significantly decrease the costs incurred by MCU families. Peoples will subsidize a portion of the jersey fee charged to parents whose children play for MC United. MC United provides competitive soccer opportunities for more than 500 youth annually—ages 4 to 18—from across the northcentral Wisconsin region.

“It’s very gratifying to know that our sponsorship will keep jersey costs down for all parents who have children playing with MC United,” said Scott Cattanach, Peoples State Bank president & CEO. “Peoples is fully vested in northcentral Wisconsin. We’re proud to support our youth, their families, and the communities in the greater Wausau area and beyond.”

“We’re fortunate to have a great sponsor like Peoples,” said Sharon Belton, MC United president. “They’ve been with us the last two years, and now with a four-year agreement in place, we know our parents and athletes will take notice of their commitment to the club.”

In addition to offsetting the costs of jerseys for all MC United players, the agreement includes exclusive sponsorship of the MC United Firecrackers Academy, a development program for five-to eight-year-old children. It also includes being named the title sponsor of MCU’s Fall 2021 soccer tournament, which draws 120 teams and thousands of spectators to the Wausau area.

“Our community is fortunate to have these fields, which are among the best natural turf fields in the upper Midwest, said Belton. “Peoples is truly committed to ensuring these players have a top-notch soccer experience.” 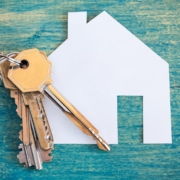