With 2017 just around the corner, many banks are deep into their annual budgeting process. However, projecting loan growth and interest rates is not as simple as it used to be, operational costs continue to rise, and interest margins continue to shrink… along with the budget's margin for error. "The cost of operations has continued to increase, and margins are shrinking. The challenge is how to manage and balance those out," said Scot Thompson, president/CEO of Denmark State Bank. Thompson participated in a recent national event hosted by the Conference of State Bank Supervisors and the Federal Reserve, and he says the message on interest rates was clear. "They said this is the new normal," he said. "The question is: what are we going to do today to make sure we can survive tomorrow?"

Despite the variables that will change the budgeting process from bank to bank, the key to generating a successful, actionable budget is combining accurate forecasting and transparency.

The exact process for forecasting and establishing budget goals often varies by bank asset size. Larger banks ($5-$10B) tend to have a planning and budgeting committee led by the CFO and consisting of the major department heads. At smaller institutions, the CEO or president will be much more involved in the budgeting process. "The key, no matter what your size, is to involve the people in the major categories you're looking at, both income and expense," said Kevin Schalk, partner - Financial Services Practice at Baker Tilly. "These budgets become the goals for those departments, so it's imperative to involve the heads of those departments so you have buy-in on their goals."

After establishing the budget-creation team, the next step is for management to determine which process works best for their institution. According to Marc Gall, vice president at BOK Financial Institution Advisors, there are two general methods used to generate a bank budget. "One takes the approach of using the strategic plan as a starting point to build the budget and the other is to start fresh with each budget," he said. "So, you can either start with broad numbers and work through it top-down, or you can start with all the pieces and figure out how to put them together." The primary risk with the top-down approach is the potential difficulty in getting buy-in from the staff responsible for achieving the goals set down in the budget if they were not involved in creating those goals.

Another important step in accurate forecasting is to incorporate trend analysis in order to ensure accurate, achievable budget goals. "There are many times the bank will start with identifying the desire to grow the bank by X percent, but those goals might be too aggressive relative to what they've been able to accomplish historically," Gall explained. He recommends spending more time on the areas where, historically, the bank has the largest variance from previous projections, including interest rates. In addition to creating achievable goals, accurate forecasting also helps with risk management. "The ability to forecast is a guide to mitigate any significant unforeseen issues," Schalk explained.

The second key to building a successful budget is executing it throughout the year, a task which requires buy-in from everyone in the bank. "Everyone needs to have an awareness of looking for efficiencies and looking out for the best interests of the bank," Thompson explained. Frequent, transparent communication of the goals laid out in the budget is the best way to encourage that united effort. "You have to communicate those goals and get buy-in from everyone who is affected," said Schalk. "You need to be transparent and give updates on a quarterly or even monthly basis." That transparency also extends to how compensation and bonuses are tied to achieving budgetary goals. For instance, Gall noted that sometimes a bank may have two mutually exclusive goals - such as ROA and asset growth - so identifying the priority of each goal is critical. "Make sure the compensation structure and bonus goals are truly tied to the results the bank wants to get," he cautioned.

Transparency with staff at every level of the institution is also important, particularly when it comes to the importance of reducing non-interest expenses. "Invite the line staff to come up with ways to do something more efficiently and reduce cost," Gall advised. "Those small changes can have a large impact when taken in aggregate." As with transparency around compensation, all staff need to understand the specific goals of the institution to avoid concentrating on competing initiatives. For example, Schalk cautions against letting intense focus on income generation or expense reduction misdirect the bank. "You don't want to encourage a mix of products that is not in line with what the bank wants on the balance sheet," he said. "On the expense side, reduce repetitive processes versus reducing a person so you don't lose expertise."

Once management has crafted a well-forecasted budget and communicated its goals throughout the institution, the final key to achieving those goals is frequent recalibration. "Variance to budget reporting is important," said Gall. "Look at those lines early in the year, because if you end up being way off budget early, it'll only get worse as time goes on without it being addressed." Thompson says that's why they reforecast every month. "There are variables that come up that will positively or negatively impact your year-end," he explained. "That's why we look at it on a monthly basis, so we can see where we're heading and take corrective actions throughout the year to have a better result." No matter how carefully planned and well-articulated, the bank's budget should never be so rigid it doesn't allow for adjustments. "In the past, budgets were more of a guide than set in stone, and that's even truer today with all the uncertainty," Schalk explained.

Ultimately, the budget is a tool for management to use in achieving the bank's longer-term strategic goals. "The budget is a one-year focus that is a component of the strategic plan, which is usually a multi-year vision," said Gall. "However, just like strategic planning, it is important to be flexible. There may be many paths to achieve a single goal." Thompson urged bankers to keep in mind the goal of a budget: to make the organization stronger and better, even if that means making substantive changes. "Bankers like myself really need to look at why we would wait for another bank to buy us to do something that makes long-term sense for the bank," he said. "Is it something we could be doing ourselves right now?

A Bigger Piece of the Pie: Budgeting for Technology Expenses 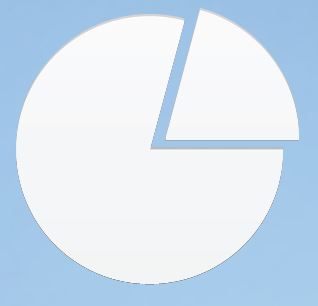 One of the biggest challenges banks face during the budgeting process is projecting technology costs. Current estimates from industry experts project 10 to 20 percent increases over what banks are currently spending, but there are a host of variables that can significantly impact that number. "It's a challenge to figure out what you're spending on all aspects of technology," said Gall, citing examples such as core conversions and adding new systems. "You need to make some very broad estimates if you're embarking on something new," he said.

Part of the challenge with projecting technology costs is the variance between what customers see and what the bank needs to invest in on the back-end. Schalk explained that technology is divided into two components: customer-facing and behind-the-scenes. "The larger spend I see is the non-customer-facing pieces like cybersecurity and risk management," he said. "Some smaller institutions may be able to avoid the higher-end customer-facing pieces, but absolutely need the risk and cybersecurity platforms."

One way to bring costs down is to determine the right timing for your institution - not every bank needs to buy technology as soon as it is released into the market. "Technology is needed, but you have to balance it out," said Thompson, pointing out that new technology becomes less expensive as it works its way through the market. "The timing of when it's right for you as a bank will be different."