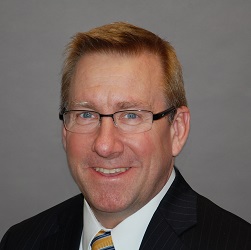 A report that ran at the end of last year details two of the most well-known oligopolies in the United States as the film (six companies which earned $5.2 billion in 2016) and wireless communications industries (four companies that account for 98% of wireless revenues). So, if all U.S. industries were in a business history class together, would the banking core service providers be over-achieving students or would they be the teaching assistants?

Regardless, this current oligopolistic tale should remind bankers of a history lesson: The Battle of New Orleans. On Dec. 24, 1814, Great Britain and the United States signed a treaty that effectively ended the War of 1812. News traveled slow back in the day, and on Jan. 8, 1815, the two sides met in what is remembered as one of the conflict's biggest and most decisive engagements. While the battle may have provided clarity, it was fought after the war was over and caused a great deal of bloodshed.

Fast forward to October 2013, when the American Banker asked Can Big Four Core Banking Vendors Oligopoly Be Broken?. The answer in early 2018 seemed not be, "not yet." However, in late 2018 and early 2019, national banking trade groups began a new and potentially more robust salvo in the core services fray. This time, major national media seem to be willing to listen. (Maybe it's the consolidation of the financial services industry. Maybe it's a high-profile stadium.)

In October 2018, the American Bankers Association (ABA) formed a Core Platform Committee, which is composed of bankers charged with identifying "concrete ways to address the challenges and limitations banks have with current core providers." Then, in January of this year, the ABA announced a direct investment in Finxact, an emerging technology company that offers an innovative, open core banking platform for financial institutions.

The Wall Street Journal took note in April and reported on this new round of Rochambeau for greater digital equity. The WSJ article examined the challenges that many community banks face when working with their core processors to implement new technologies and remain competitive with larger institutions. It also highlighted the ABA's efforts to help banks innovate more quickly.

Basic economic theory tells bankers that oligopolies (even ones created by the banking industry) lead to decision-making bias, poor service, irrational behavior through market manipulation, and inefficient marketplaces. Just to taunt, they create the appearance of choice without giving one to the consumer (banks).

So, maybe this is a necessary struggle. A preview of the first battleground in Wisconsin: data accessibility and readability.