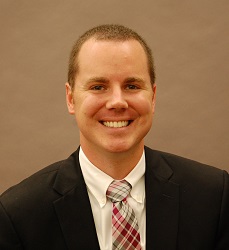 We are now less than one year away from the 2020 General Election. Thanks to your support, WBA was able to disburse over $400,000 to candidates and campaign committees over the course of the 2018 election cycle. As we turn the calendar to the election year, candidates are already building their campaign war chests.

And before we look too far ahead to November, let's not forget Spring Elections for State Supreme Court and many other local races will be on the ballot in April. The industry must be well-positioned to support pro-banking candidates at every level of government.

The WBA Board of Directors set a goal of having 70% of member banks donate at least $1 to our political funds. Those include the Alliance of Bankers for Wisconsin conduit, Wisbankpac, and the Issue Advocacy Fund. ABW is like your own political bank account that you deposit funds into and then direct WBA where to disburse it. Donations to the PAC allow individuals to support the industry without needing to authorize where the funds go.

The WBA issue advocacy fund is an opportunity for your bank to contribute corporate dollars that are pooled with those from other Wisconsin business coalition partners to craft pro-business public policy messages to the general public, opinion leaders, and elected officials. No individual or bank is listed on those donations.

Individual contributors qualify for the Silver Triangle Club after donating at least $500.

Gold Triangle Banks and Silver Triangle Individuals are honored annually at the Bank Executives Conference. Additionally, qualifying for these clubs helps your bank achieve the Bankers Involved in Grassroots and Government (BIGG) Award.

This award represents the highest achievement level for bank involvement and advocacy. Awards are objectively based on meeting five of seven criteria.