John Reinke, Chairman of the Board of Directors for The Stephenson National Bank and Trust (SNBT), has been appointed to the Chair of 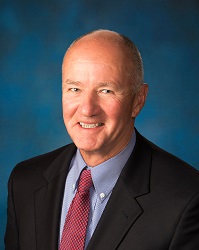 the Board of Directors for the Federal Home Loan Bank (FHLB) Chicago. Ever an advocate for the financial industry, Reinke began his appointment to the FHLB in 2012 and previously served as Chair of the Human Resources and Compensation Committee.

FHLB Chicago is a wholesale bank chartered by the U.S. Congress to improve the availability of funds to support home ownership. It is a member-owned cooperative serving the district of Wisconsin and Illinois. The FHLB Chicago has a mission to partner with its member shareholders to provide competitively priced funding, a reasonable return on investment in the Bank, and support for community investment activities. The Board of Directors of the FHLB Chicago is an exceedingly qualified team with diverse industry experience including: banking, housing, insurance, and education, to name a few.

Reinke began his banking career at a finance company in 1973. The next year, he joined Stephenson National as a consumer loan officer and then moved into the bank’s commercial lending department, where he helped build a significant loan portfolio and earned a promotion to president in 2000. He joined the SNBT board in 1992 and transitioned to the role of Chairman of the Board in 2013. In 2005, he attained the highest level of leadership of the Board of Directors at Wisconsin Bankers Association (WBA), serving as the Board Chairman.

Congratulations, John! Wisconsin's banking industry will continue to benefit from your leadership.