Wisconsin's financial institutions showed up strong in the initial round of Paycheck Protection Program (PPP) loans, ranking tenth in the nation for number of loans issued during the first week after the program's launch. As of June 12, Wisconsin lenders have issued over 81,000 PPP loans totaling nearly $9.8 billion, placing the state nineteenth h overall. That means banks' quick work resulted in Wisconsin businesses receiving the lifeline funds they needed early in the crisis. 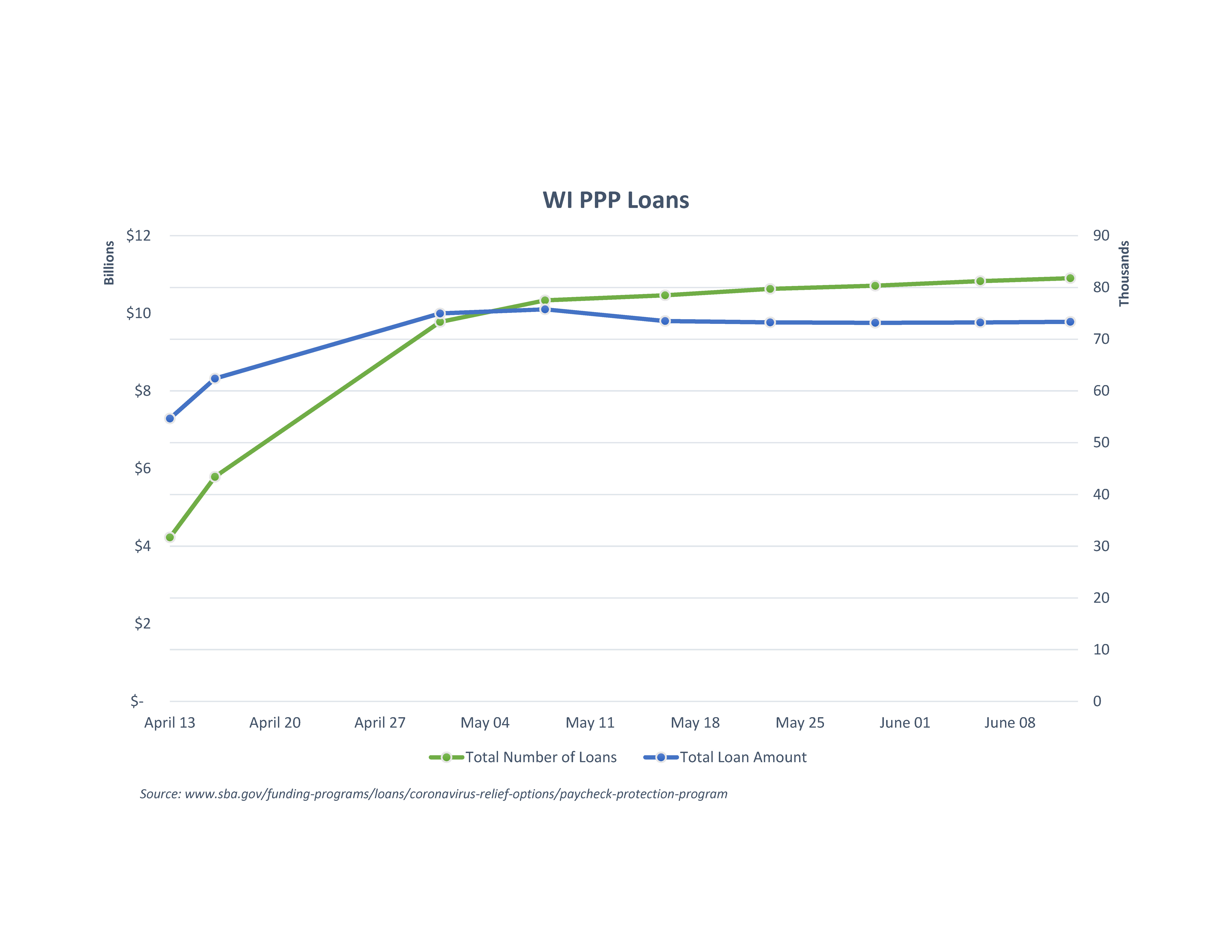 After the initial spike, during which many of WBA's member bankers worked nights and weekends to ensure their clients received the funds necessary for survival, loan demand slowed. In fact, during the ongoing second round of PPP, Wisconsin institutions have only processed about 38,400 applications (compared to 43,395 during the first round) totaling under $1.5 billion, and nearly 30,000 of those were during the first week Round 2 loans became available.

In the initial round of funding, Wisconsin institutions helped about 30% of all business in Wisconsin (according to 2017 Census numbers) and affected 71% of total Eligible Payroll. Those staggering numbers offer an explanation for the significant drop-off in demand: the Wisconsin businesses that needed PPP funds received them during the first flurry of activity, with the help of their local bank. 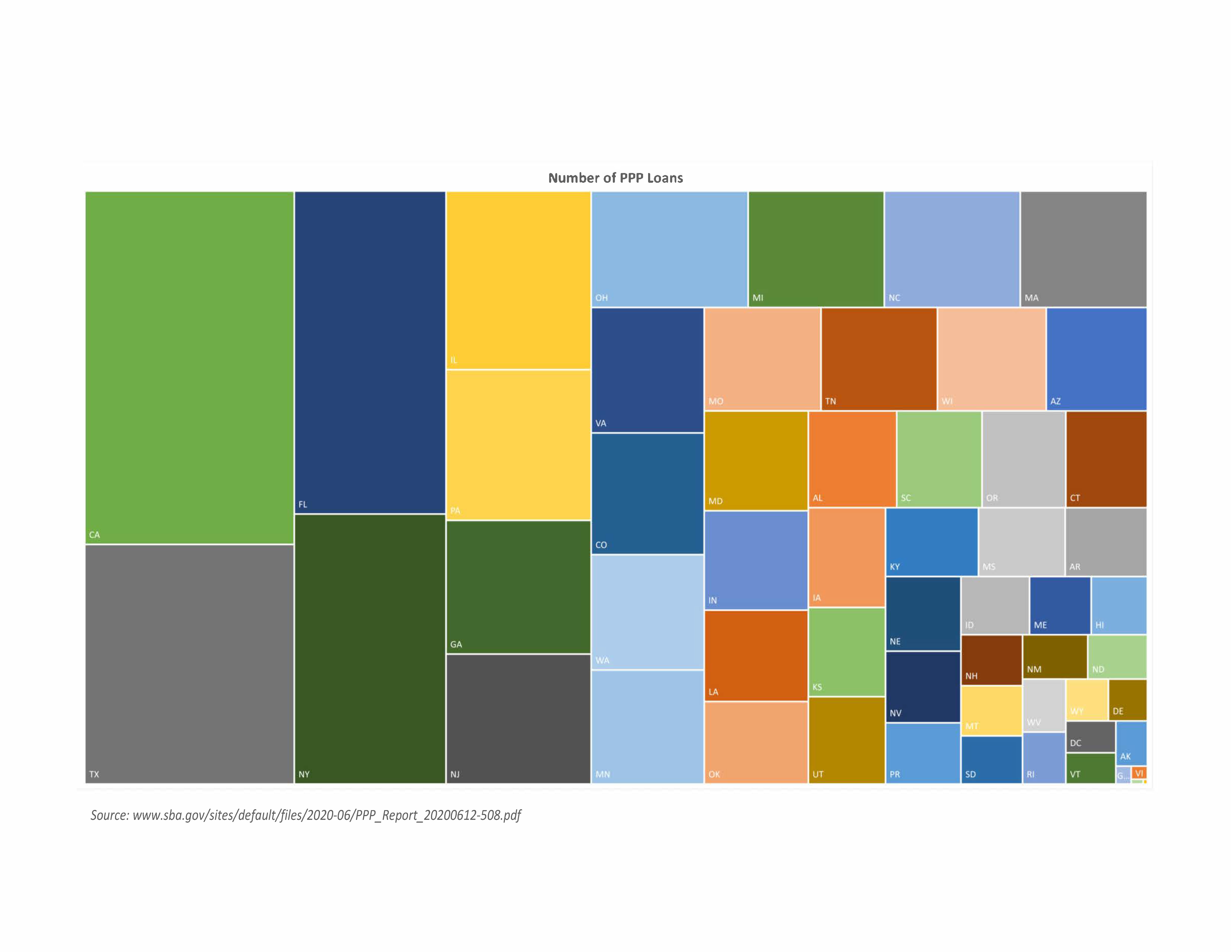 Nationally, as of June 12, SBA reports the 5,455 participating lenders have filed nearly 4.6 million PPP loans totaling over $512 billion with an average loan size of just over $111,000. 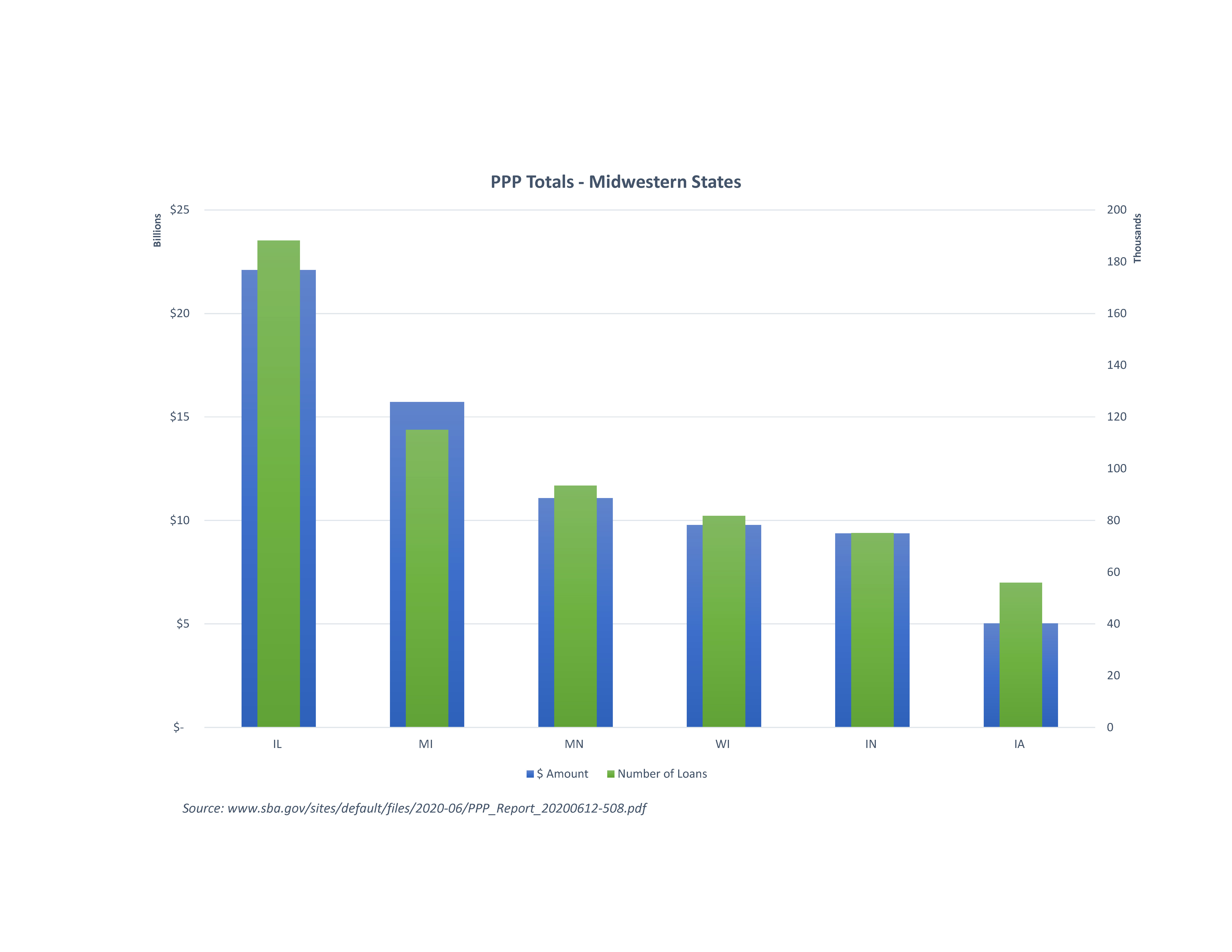 In the Midwest, Wisconsin currently ranks fourth in the total loan amount and number of loans.

All of this demonstrates that Wisconsin's banks entered this pandemic from a position of strength and are well-equipped to help their communities.

View the full report from SBA.