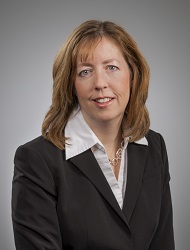 There were no surprises for the WBA Advocacy Team regarding the Wisconsin Congressional Delegation races. Although it was closer than we anticipated, U.S. Representative Ron Kind won his race which means that in the next session, he will be a lead sponsor on the WBA-backed ECORA legislation. All other incumbents won their respective races within the delegation and “newcomer” State Senate Majority Leader Scott Fitzgerald won his race, replacing retiring U.S. Representative Jim Sensenbrenner in the 5th District.

The good news is that WBA has a proven track record of working with Wisconsin’s entire Congressional Delegation. Our Advocacy Team has strong relationships with these individuals including incoming Congressman Fitzgerald. To a certain degree, we can anticipate the level of support from them in the upcoming legislative session and that’s a critical advantage for Wisconsin’s banking industry.

On the federal level, we know that control of the U.S. House of Representatives will stay with Democrats, although the margins have narrowed. It’s likely that Speaker Nancy Pelosi will retain her position. The Senate will be decided on January 5 by the runoff elections in Georgia. Republicans must win one of the two seats being contested to retain their control of the Senate. If both seats go Democratic, the Senate will be tied 50-50 with incoming Vice President Kamala Harris as the deciding vote.

With an expected Democratic White House and House of Representatives and a Republican controlled Senate, what is on the policy table for bankers?  During his campaign, banking priorities were not among the top subjects raised by President-Elect Biden and with a divided government, it will be challenging for either side to get extreme priorities pushed through. Nonetheless, legislation affecting the banking industry is expected in the areas of housing, consumer protection and financial inclusion. On the regulatory front, in addition to appointing new agency heads in the near term at OCC and CFPB, CRA reform is expected to be a top regulatory policy priority.

Working with lawmakers from both sides of the aisle as well as regulators will be the best way to improve bank policy in the next session and fortunately, you and WBA have the relationships to do exactly that.