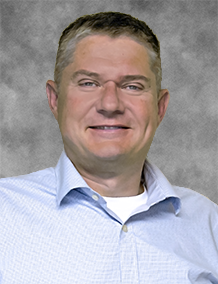 If there is any lesson I’ve learned coming out of 2020, it is that we shouldn’t be surprised anymore, really, by anything.

In the agricultural world, we’ve witnessed milk being dumped because schools closed down. Would you have ever imagined that? We saw packing plants send employees home and turn cattle away because people got sick. We saw fuel prices go negative for the first time in history because no one was driving. We saw whipsawing commodity prices going from a period of 5-7 years of doldrums to some of the best prices in a decade. Lines and shortages in stores of literally everything.  Forgivable government loans. High unemployment yet job shortages. Just-in-time supply chains that are never on time anymore.

All the while watching our own government printing money at a pace that would have shocked anyone from any political persuasion just years before. It’s as if public debt no longer matters.

Was it weather that caused all of this? Was it population growth? A natural disaster.

No, not this time.

All of the economists' models that predict trends broke this time. This time, it was unforeseeable events – and more importantly, human behavior that caused much of this.

The proverbial “black swan” and then the feedback loop of human behavior reacting and re-reacting to it.

We’ve seen how human behavior and emotion can really change almost everything when something unpredictable happens.

Even in the workplace, the events of the past year really drove behaviors in people that were not predictable, and in some cases, truly surprising. You know what I’m talking about. There are many people who have risen through the ashes and have shined. And then there were those who really surprised us.

Of all the lessons we should learn, is that we really shouldn’t be surprised anymore.

And agriculture is one of those industries that can shine through just about any adversity thrown its way.

Jeff is senior vice president with Royal Bank in Lancaster and has just completed six years of service on the WBA Agricultural Bankers Section Board.