The banking industry is undergoing a period of massive change in many areas (technology, compliance, competition, etc.), but one of the most significant has been in progress for over a decade. Over the past ten to fifteen years, banks have been gradually replacing in-person, customer-facing operations with technology—account opening and loan applications, for example. The concept of using technology to augment human relationships is relatively new to banking, but Wisconsin Banker interviewed three Wisconsin banks who have done so successfully, each in a unique way.

Customer Convenience – Digital Channels
Waterloo-based Farmers & Merchants State Bank has offered online mortgage applications since May 2008 and added a mobile banking app five years ago, and they've seen results. "In the last five years we've gone from $95 million to $153 million in loans serviced for the secondary market, largely due to the online applications," said Executive Vice President & CFO William Hogan, CPA. After an initial lag in adoption rates, Chief Marketing Officer and Bank Manager Kim Abraham says marketing helped the online applications grow in popularity, but customers are also becoming more accustomed to doing things online. "Their comfort level with technology changed," she explained. Hogan notes that the product also markets itself through referrals, since customers who love the convenience of being able to start their application anytime often recommend it to others.

Internally, the bank decided to implement the online mortgage application product (which includes HELOCs) as a tactic to build their secondary market servicing portfolio. However, it also enhanced the perception of the bank and their products and services in the community. "We recognized that this was a way for us to not only be seen as a small town community bank with big banks products and competitive rates, but also as viable option and player in the surrounding communities and Madison market," said Abraham.

The bank's mobile app has also been impactful, partly due to steady increase in users of the mobile deposit feature. "We were one of the early adopters of mobile deposit capture," Hogan said (the bank launched the product in June 2013). "There's been a steady adoption of that." One of the reasons usage of the bank's app continues to grow is the periodic additions of new features, such as mobile bill pay. "We're constantly looking at the mobile app and adding to it," Hogan explained. He knew the bank needed to invest in mobile the day he walked around the office and saw everyone with a smartphone. "It's just the way to go," he said. The bank's goal with each of these tools was to make connecting with customers easier. "Customer convenience is one of the primary drivers behind our technology," said Abraham.

Speedy Service – Compliance Concierge
Mayville Savings Bank was one of the first institutions to use FIPCO's Compliance Concierge loan origination and deposit account opening software suite when it launched in 2012, but they've been using software for lending for many years. "We are trying to follow technology as fast as it's moving," said Loan Processor LaRue Wills, who also sits on the FIPCO Users Committee. "Our small little community bank wants to be able to offer what larger regionals are offering their customers." Being fast adopters of software has increased speed-of-service for the bank's customers and internal efficiencies, as well as allowing the bank to offer mortgage products it previously could not.

One of Wills' favorite features of Compliance Concierge is an upgrade the bank purchased: a credit reporting interface with Factual Data. "It makes it so nice to be able to take an application, do a credit report and have all the information fill in automatically," she said. The software also allows bank staff to offer faster service. "The time-saving for customers is excellent," Wills said. "Customers can walk into the bank and get taken care of in an hour." Leveraging the software to its full capacity has also helped the bank operate more efficiently, according to Wills. "If a customer wants to get a loan and switch their deposit account to us, it's much easier now for all of that to go into one system," she explained. "Banks that only have the deposit side or only the loan side don't know what they're missing."

The bank's decision to invest in technology like online banking and Compliance Concierge has also enabled it to offer fixed-rate mortgage loans, a product they previously were not able to offer their customers. "We are a small community bank with only one branch, we're as small as they come," said Wills. "Now we're able to offer our customers fixed-rate loans and that's due to the convenience of having Compliance Concierge be able to upload the required information for selling them on the secondary market directly to the bank we use. Before, we couldn't help a customer who would only do a fixed-rate loan. Now we can serve them."

Full-Service Machines – QwikBank ATMs
Two years ago, Superior Savings Bank decided to consolidate some of its branch locations to improve efficiencies—branch transactions had been steadily declining due to the popularity of the bank's electronic services. "Management and the board felt the need to replace two of the bank's high-cost branch offices with a solution that would provide customers with similar convenience," President Dawn Staples explained. Four months after closing a branch in the Walmart Supercenter on the west side of Superior, the bank installed its first QwikBank ATM just across the parking lot. Shortly after that, a second QwikBank ATM was installed on the east side of Superior. "The main goal was to mirror the services provided when the bank had three staffed locations in Superior," Staples said. "In addition to making cost-free ATM access available to its debit card customers, the bank wished to provide the ability for them to deposit cash and checks at locations in addition to the main office in the downtown."

The QwikBank ATMs have several features, including typical ATM functions like cash withdrawal and checking balances, but one of the most popular is a transaction previously only available in the teller line. "Our favorite feature of these full-service ATMs is the customers' ability to deposit cash and checks into their accounts with immediate availability," said Staples. "This essentially enables the bank's customers to cash a check at the ATM." To promote this new way for customers to interact with the bank, the main office tellers have undertaken a continuous customer education process, which Staples says has been successful. "The reaction of the bank's customers has been very positive," she said. "The key is getting the word out about the QwikBank locations and capabilities."

Ultimately, the QwikBank ATMs are just one more tool in the bank's technology repertoire. "For a small bank, Superior Savings Bank has capably matched its larger competitors in providing electronic banking solutions," said Staples. "In addition to the full-service ATMs, we offer internet banking, bill pay, mobile banking and remote deposit capture." That comprehensive approach to technology has helped the bank set itself apart in the communities it serves.

What if Your Employees Owned The Bank? 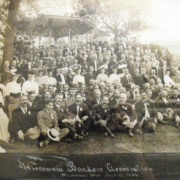 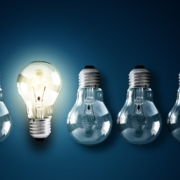 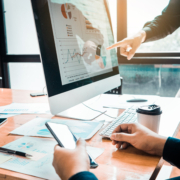 The Importance of Communication: How to Assist the Non-Technical in Understanding Technology

The Importance of Communication: How to Understand Technology for the Non-Technical

Channel Surfing: Banks Adapt to Shifting Customer Preferences with Multiple...Where Have All the De Novos Gone? Scroll to top