On Nov. 17, 2020, Gov. Tony Evers proposed legislation consisting of 19 bills that address an updated COVID relief plan. One of Evers’ provisions would allow the Department of Health Services to issue an order prohibiting evictions and foreclosures through 2021. WBA was surprised the Governor did not reach out to the banking industry for feedback on this provision before the announcement. The association will be doing a deeper analysis and reporting any additional information to the membership. Additionally, he is proposing the continuation of a one-week waiting period before those out of work can start to collect unemployment.

Other provisions include allowing workers, including healthcare workers, to claim worker's compensation benefits if they contracted the illness as a result of their job; allowing the Department of Revenue to provide grants to small businesses in the manner to be determined by DOR; and allowing a notary public, through the end of calendar year 2021, to perform notarizations involving estate planning documents for individuals not physically present before the notary public.

A bill draft has been shared with GOP legislative leaders, who held a news conference last night on updated COVID initiatives. Parts of their discussion echoed CDC guidelines being urged by health officials. These include wearing a mask, socially distancing, regularly washing hands, staying home whenever possible, and avoiding social gatherings.

Assembly Speaker Robin Vos has outlined the priorities of Assembly Republicans during their meeting. Among these proposals are doubling the number of contact tracers in Wisconsin; extending national guard testing sites; assisting the healthcare industry; aiming toward making at-home and rapid testing a possibility; and establishing liability protections.

Vos has stated he is willing to speak with Gov. Tony Evers about coming to an agreement to slow the spread of the pandemic, but they are reportedly still figuring out scheduling. As of now, it appears that Vos is critical of many provisions suggested by Gov. Evers, especially regarding the allowance of DHS to issue an order that would prohibit foreclosures and evictions through 2021. He is also critical of the decision to use state dollars rather than federal CARES dollars as part of his proposal, noting that, should another federal coronavirus package be made available, it would be preferable to spend state dollars last.

The Evers administration has prepared a $466 million overview in spending they have said to be necessary in order to continue Wisconsin pandemic response efforts through April 1 without additional action from the federal government.

The situation is ongoing, and WBA will provide the most up-to-date information as it is made available. It is still unclear how Assembly Republicans will respond and what this will mean for the plan proposed by Gov. Evers. 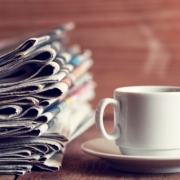 How to Help Address Chronic Conditions Amid COVID-19

Closing Out 2020 Scroll to top