Late Thursday evening, the Legislature’s Joint Finance Committee concluded its work on the 2022-23 state budget. The budget bill now heads to both houses of the Legislature for their approval. Like any other bill, it must pass in identical forms in both the Assembly and Senate before it can move on to Gov. Tony Evers.

The Committee’s agenda on Thursday included the Wisconsin Economic Development Corporation, shared revenue and tax relief, and general fund tax sections. In light of the $4.4 billion in surplus revenue the state recently learned they would be taking in over the next three years, perhaps it was best the committee left the tax section for last. On party-line votes, the GOP-controlled committee voted to return about $3.4 billion of that surplus to taxpayers through an individual income tax reduction, property tax relief, and setting in motion the elimination of the personal property tax.

As part of the committee’s wrap-up action, they also allocated additional funding to K-12 education. This was done to ensure compliance with a federal maintenance of effort requirement so the state can continue to draw down $2.3 billion in federal funding for public education. Funding was provided by general school aids through the equalization formula. Generally, school funding is split between state aid and property taxes. All else being equal, the more the state contributes, the less has to be put on the property tax levy. With this additional investment through the formula, property taxes will be driven down.

Though the budget still has a way to go before becoming law, this action is a key milestone in that process. It also means we’ve successfully navigated numerous landmines that would have proven problematic for WBA members. Those included harmful tax increases on banks and bank customers and an attempt to disrupt the electronic payment ecosystem.

Though floor vote dates have not yet been set, the Assembly and Senate will likely vote on the budget in the next two weeks. 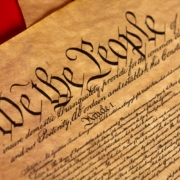 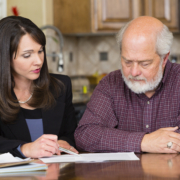