The K-shaped recovery has dominated the news in recent months, but the main question is whether this drastic contrast in a post-COVID U.S. will dominate the economy the same way it occupied the media.

Recoveries we’ve seen in the past typically consisted of uniform comebacks among different industries and sectors of the economy, but the K-shaped explanation suggests certain industries will ride the ascending part of the “K” while others take the downward slope. The end of the pandemic will certainly result in outcomes we’ve yet to witness, but the extent to which this recovery will diverge and what can be done about it is a concern many bankers have questioned. The perspective on this debated contrast for many seems to be a matter of location.

“We’re in central Wisconsin,” said Bill Sennholz, CEO of Forward Bank, Marshfield. “What we’re finding is rural areas have fared better than urban, and our customer base is doing really well right now. Our delinquency is way down. Our deferral rate is about one tenth of 1% of our portfolio. We have deposit balances that are way above what we normally expect, and we’re struggling to deploy the level of deposits we have because our customer base is doing surprisingly well.”

Mark Erickson, regional president of MidWestOne Bank, Osceola, has noticed a similar trend in western Wisconsin. But outside of these outliers, Erickson and Sennholz are both aware of what’s happening to the businesses outside of the smaller towns where dedicated communities have banded together.

“It’s not this promising in most places,” Erickson said. “I definitely have seen the shift in e-commerce propelled 5 years forward. Particularly in retail, they’re experiencing this more than others. People are shifting to purchasing goods online, which was already happening prior to March of last year, but now it’s really been pushed forward.”

This expedited push away from brick-and-mortar shops appears to be a primary factor in why people believe the economic recovery might be K-shaped. Theaters are being replaced by streaming services, retailers are being won out by their more convenient online counterparts, and restaurants have had to accommodate for limited dining capacities. According to Tom Reil, president of Waldo State Bank, it would be ideal to imagine that the easy fix to saving these businesses is by mirroring what the smaller communities are doing: showing greater support for these local industries. But of course, he explained, it’s far more complicated than that. This is where the K-shaped concern begins.

“The local communities are really stepping up and helping these small businesses,” said Reil. “But it’s not a sustainable business model. It’s helping them get by, but it’s not sustainable. This just hasn’t been predictable for anyone at all, and some people are benefiting from that unpredictability and others simply aren’t.”

The K-shaped recovery isn’t inevitable, the number of different potential economic recoveries are still vast. This will depend on a variety of factors, ranging from continued government funding and local support. In the meantime, however, hoping for a more positive outcome shouldn’t be the fallback option. Creating a plan for the worst will likely put these businesses ahead of others while they hope for the best.

“I think there’s going to be great success for those who adapt, learn, and make themselves vulnerable to change,” said Erickson. “We’re going to make mistakes, and there will be people out there better at something than we are. That feels weird, and it makes us feel vulnerable.”

From a consumer perspective, Erickson noted that now is an ideal time for employees in any field to develop skills in the areas that are growing. As businesses change, employees may lose their role because the need for it no longer exists. It’s important to be adaptable and willing to find new training because there are so many ways of doing business.

For Reil, this type of training starts at his bank. The transition to operating during the pandemic meant there was less of an immediate need for tellers. Instead of letting employees go for the time being, Reil made sense of the given situation by providing tellers with a new range of roles at the bank.

“My tellers at the window aren’t just tellers anymore,” said Reil. “They are full-fledged customer service reps taking the phone calls and answering questions the best they can. It’s a manner of communicating with the customers and getting them what they need in the timeframe that they need it by shifting the resources we have.”

“The dynamic of being a small business is going to change,” Sennholz added, “and being able to adapt and adjust will keep them going.”

During any recovery, the best way that banks can be of assistance to small businesses is by doing what they do best: being the backbone of their communities in all economic scenarios.

“One of the biggest challenges for all businesses will be access to resources as well as capital,” said Erickson. “For those at the bottom of the K, that’s difficult. So how do we help those people? It’s going to be so crucial for community banks to help provide those resources, capital, and education.”

Assisting small businesses with financial development has truly been important. If society undergoes this permanent change as some predict, then training those smaller businesses on topics such as online payments and new distribution systems may be the difference between a business adapting and falling under, especially when many of those businesses don’t necessarily have access to those types of training or websites.

“Small businesses have always had this resilience,” said Reil. “The ones that have survived have done so because that small business is who they are. It’s the lifestyle they’ve chosen to live. It’s unfortunate to see small businesses in my own community we’ve tried to help still struggle, but they haven’t given up. They’re committed because they know what they’re doing is right, and they’ll make it out the other side.”

The commitment that many of these businesses have is commendable, but – as Reil added – it may very well not be enough to hold them afloat.

“Money isn’t what drives them,” he continued. “Resiliency and passion are what drive them. But they need that monetary help to continue that passion.”

And above all, even the combination of adaptability and financial support will only go so far. Optimism will be the key to success for businesses and bankers alike, and this begins from the top down.

“Be flexible both internally and externally,” said Erickson. “Especially if you’re a leader during these times, have grace and understand that change is difficult.”

“Be positive,” Sennholz said. “The news wants to make you focus on the negative, but you have to be positive. People listen to that positivity and that’s a necessary mindset during these times. They listen to it and they move forward.”

If the best-case scenario occurs and we manage to escape the media’s focus on a K-shaped recovery, the hope for many is that the approach taken throughout this process offers a lesson on how to better deal with unforeseeable circumstances in the future. Even for the businesses faring well in smaller cities, returning to pre-pandemic operations is going to be a necessary goal to emerge successful.

Until then, it’s important for banks to continue helping by providing support and education, and businesses to have a variety of flexible plans moving forward.

“Are we going to learn something from all this?” Reil asked, pausing to reflect. “I sure hope so.” 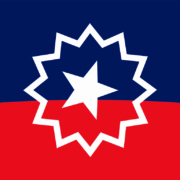 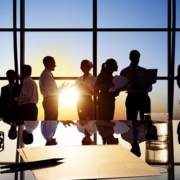 Mostly Cloudy, Chance of Storms… What Could a Recession Mean for Your Bank? 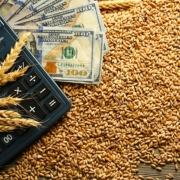 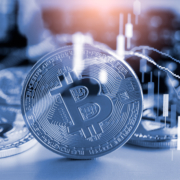 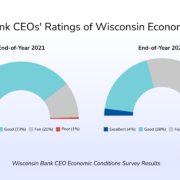 You Need a Vacation Scroll to top