This legislative session we have seen red proposals and blue proposals that have a lot of people wondering if Wisconsin will soon be going green. No, nobody is commending the Packers for that lackluster playoff performance or proposing we replace Bucky with the Grinch. Though we see a lot of these, I’m not referencing environmentally conscious measures, either. Ranging from people tuned into government and the apolitical, people in banking and those who are not — what is one of the most common questions I get asked? When is Wisconsin going to legalize marijuana?

I’m sure people think to themselves ‘Hey this government guy ought to know,’ but it’s also a topic lots of folks are genuinely curious about, especially as versions of marijuana legalization have been adopted by numerous states across the country, including our neighbors in Illinois, Michigan, and Minnesota. Indeed 39 states either allow for some type of marijuana consumption — either medicinal or recreational — or have removed penalties for possessing small quantities.

From the banking industry perspective, the cannabis industry represents a largely untapped market shrouded in regulatory uncertainty since marijuana technically remains a scheduled drug under the federal Controlled Substances Act. The SAFE Banking Act would go a long way to alleviating this issue by protecting financial institutions serving legitimate cannabis-related businesses operating in compliance with each respective state’s legal framework. Support for the SAFE Banking Act seems to grow each time it is voted on, but final Congressional approval remains elusive out in Washington, D.C.

Shifting back to Wisconsin and the question posed at the outset — the answer remains “To Be Determined,” but the conversation has shifted dramatically from where the discourse was just a few years ago. So where do things stand now?

Marijuana used to be a legislative subject broached exclusively by Democrats. For consecutive sessions, Democrats, including Governor Evers, have pitched full recreational marijuana legalization and regulation. Those attempts may be a bridge too far at the moment and haven’t gained much traction, failing to net even a committee hearing. But they have moved the needle.

Though derived from hemp, Republicans have embraced CBD therapeutics for certain medical disorders. GOP Assembly Speaker Robin Vos is open to a medical marijuana program. But most significantly, we have also seen two Republican-led legislative proposals this session. One bipartisan proposal would create uniform low civil penalties for possessing small amounts of marijuana, so as to prevent those individuals from being convicted of a misdemeanor or felony. In late January, a cohort of thirteen Republican legislators began seeking co-sponsors for a bill creating a medical marijuana program that tightly regulates cultivation, processing, testing, and dispensing to patients. Neither have received action this session.

Both medicinal and recreational marijuana remain illegal in Wisconsin. The 2021–22 legislative session is effectively over, and illegality will remain the status quo for now. However, as Republican aversion continues to thaw, we are bound to hear this conversation ramp up in the near future and could see movement in the 2023–24 session. 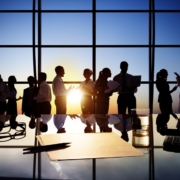 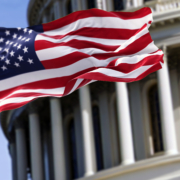