Patrons gather at a local bar for Friday happy hour. A young couple enjoys a romantic dinner at a restaurant. Children run around a splash pad to cool off from the heat of the summer day.

As Wisconsin cautiously reopens and its citizens begin venturing out again, these familiar scenes from pre-coronavirus life are slowly returning.

However, for nearly 151,000 Wisconsinites, a cloud of financial uncertainly looms over what could otherwise be a hopeful summer. That number represents the workers who are still waiting on unemployment benefits from the Wisconsin Department of Workforce Development.

As of June 19, the department reported having 859,399 unpaid weekly claims, up from 795,305 on June 6. Over half of the unpaid claims (57%) are being held for adjudication, meaning that those recipients are waiting for someone to take their claims and call them back. Those unpaid claims belong to about 151,000 unique claimants, according to reporting from the Milwaukee Journal Sentinel.

On top of the number of claims still waiting to be processed, DWD must also grapple with an estimated $1.2 million in possible fraudulent benefit payments that were sent out (the agency reports it blocked nearly $10 million). According to a DWD statement, the agency is working with the state Department of Labor Office of Inspector General and banks to try to find those conducting fraud.

These delayed payments could have catastrophic effects on families and individuals. While a federal ban on evictions is in place until July 25, the statewide eviction moratorium protecting those who aren’t covered by the federal ban (Section 8 housing or property with a federally insured mortgage) ended on May 27. Subsequently, eviction filings jumped 42% year-over-year in the first two weeks of June, despite a $25 million rent assistance program (funded by CARES) administered by the Wisconsin Department of Administration.

The downstream impact of these missed payments and/or evictions has concerning implications for the housing sector and commercial real estate.

Exacerbating the problem, the additional $600 benefit provided by the CARES Act is set to expire on July 31. Unless federal lawmakers step in to extend the program, Wisconsinites will see their weekly payouts return to normal—the national average is $378 per week. With incomes cut nearly in half, many out-of-work borrowers may need forbearance or other loan modifications they previously did not.

Looking forward, the pace of unemployment claims has slowed, but the severity of the recession has not. Economists also estimate that layoffs happening today are more likely to be the result of permanent business decisions or sector disruption than a temporary hiccup caused by lockdowns.

In Wisconsin, the latest jobs numbers show a slight rebound; data from DWD show after dropping 400,000 jobs in April the state added 72,100 in March, spread across industries and geographies. However, private sector employment is still down 338,100 from 2019. If the state keeps its current pace of jobs gains, it will take until October to reach pre-pandemic levels.

Coincidentally, that’s when one model predicts Wisconsin’s UI fund will run out.

What can banks do? As always, listen to your customers and clients and work with them as much as possible. Many businesses are beginning to recover and rehire, and some sectors—including tech—have even seen a bump in business (Madison-based EatStreet, anyone?). 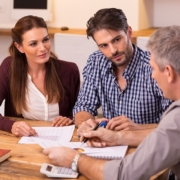 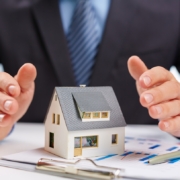 When Change is Coming, Bring Your ‘A’ Game