WaterStone Bank announced the final donation amounts for its 100th Anniversary Giving Campaign. The top donation prize of $30,000 will be awarded to Ignite the Spirit-Milwaukee after it received 5,372 votes from the community.

The final donation amounts are as follows:

“We would like to congratulate Ignite the Spirit-Milwaukee for placing 1st in our 100th Anniversary Giving Campaign,” said Doug Gordon, president/CEO of WaterStone Bank. “We thank all of the nonprofits that were nominated for making the quality of our lives better because of what they do for our community.”

In celebration of 100 years of service, WaterStone Bank committed to donating a total of $100,000 to five local nonprofits. Over 150 nonprofits were nominated by the community earlier this year. The five finalists were selected by WaterStone Bank based on the nominations received and were announced publicly on April 1.

Members of the community were able to vote once per 24-hour period during the month of April for their favorite finalist. Final donation totals were determined based on the number of votes each nonprofit received. In total, WaterStone Bank received 10,746 votes from the community.

The WaterStone Bank Foundation donates over half a million dollars each year to over 200 local nonprofits. To learn more about WaterStone Bank’s charitable giving initiatives, visit https://www.wsbonline.com/about/community-sponsorships/charitable-sponsorships.

Any questions regarding the 100th Anniversary Giving Campaign can be directed to marketing@wsbonline.com. 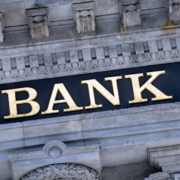 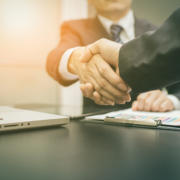 The Letter P…P…P… Scroll to top