Many Wisconsin bank executives expect the state’s economy to continue mending in the first half of 2021, but the effects of the ongoing COVID-19 pandemic appear to be keeping them from being more optimistic.

In a poll of 85 state bank leaders by the Wisconsin Bankers Association, almost 45% said they thought the economy would grow over the next six months, while about 41% expected the economy to remain the same and 14% said it would weaken.

Nearly 38% considered the current economy to be good, but only 3.5% deemed it excellent. Most of the bank executives in the December survey – 58% — regarded the economy as fair.  About 1% thought it was poor.

In explaining their outlook, many bankers cited the status of COVID-19 vaccines as a key determinant of how the economy will fare in the first half of the new year.

Wisconsin bankers’ predictions for loan demand in the first six months of 2021 varied by category. Nearly 39% expected business lending demand to grow in the half-year period, followed by commercial real estate loans at 32%. Growth in agricultural loan demand was forecast at 20% by the bankers.

The hot residential real estate lending and refinance market was seen as growing by only 20% in the first six months of this year, with 40.5% of bankers expecting it to weaken amid a lack of inventory of homes for sale and a tough comparison with 2020’s showing.

In each lending category, the highest percentages of bankers said they expect loan demand to stay the same in the first half of the new year: business loans, 48%; ag loans, 65%; commercial real estate, 43%; and residential real estate, 39%.

Current ag lending demand was perceived as poor by nearly 23% of bank executives – the highest “poor” rating of any loan category. Fifty-nine percent rated ag lending demand as fair, and 19% called it good. None rated it as excellent. In survey comments, however, some bankers noted a good harvest and said prices had improved for farmers.

Asked about bright spots in their local economies, the bankers cited the housing market and residential construction most often.

Manufacturing also was seen by many bankers as an industry that has performed well in spite of the pandemic.

Bank executives also noted that in spite of the damage done to the economy by COVID-19 and its fallout, many employers in the state are hiring.

The bankers were asked in the survey whether businesses – in the next six months – were more likely to hire, maintain their current workforce levels or lay off workers. Nearly 62% said they expected employers in their market area to maintain their current staffing levels, while about 30% thought businesses would be hiring. Only about 8% thought there would be layoffs.

As for themselves, 65% of bank executives expected current employee headcounts to be maintained in the next six months. Thirty-four percent anticipated hiring more workers, and a little more than 1% expected to lay off employees. 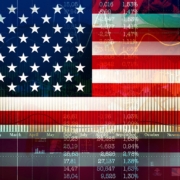 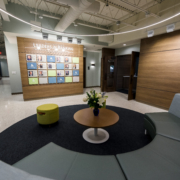 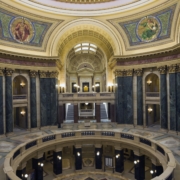