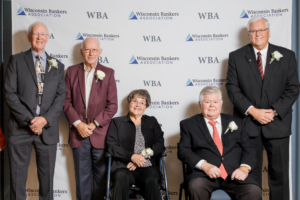 The 2021 Leaders in Banking Excellence honors current and former banking leaders who have helped shape their bank and/or our state’s banking industry. The plaques honoring these bankers can be viewed in the WBA headquarters building in Madison on the Wall of Excellence.

The Wall of Excellence is prominently featured in WBA’s new Engagement Center, where thousands of bankers will view them each year as they attend the variety of meetings and training programs hosted there. The information on each honoree’s plaque gives today’s bankers a glimpse of those who have helped make our industry what it is today. 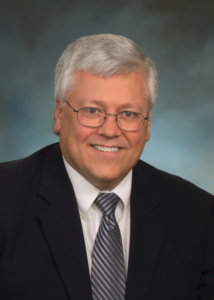 Jon Bernander has dedicated over four decades of service to Wisconsin’s banking industry. He began his career at ITT Thorp, where he worked for five years. He joined the Bank of Wisconsin Dells in 1983 as a commercial loan officer and quickly advanced to senior loan officer. In 2006 Jon was promoted to president/CEO and chairman of the board. At the end of 2020 he retired as CEO and continues to serve as chairman of the board.

The employees of the Bank of Wisconsin Dells and their families have always been a top priority for Jon. He is known for helping young bankers develop their careers, which is one of the many ways he has demonstrated relationship-building and the essence of community banking.

A major accomplishment in Jon’s career was his role in the development of large waterpark resort lending and the formation of a network of Wisconsin community banks that participated in many of those credits in Wisconsin and around the country. He has embraced the entrepreneurial spirit in Wisconsin Dells and Lake Delton and has been instrumental in making the area the tourism destination it is today. 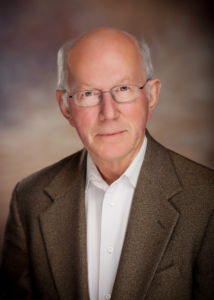 Robert Gorsuch began his career in banking in 1964 at First National Bank & Trust, Co. in Marquette Michigan, where he served as cashier and vice president. In 1975, he came to Wisconsin, where he took on the role of president and CEO at Park Bank. Bob went on to found Oak Bank in Fitchburg in 2000.

Through his innovative banking style and involvement in programs throughout the community, Bob has not only provided clients with top-notch services, expertise, and technology, but he’s also demonstrated the true meaning of community service. Bob has been treasurer for several church organizations, president of South Madison Rotary, president of Community Bankers of Wisconsin, and a WBA Board member. Bob was recognized in 1990 by CBW as “Banker of the Year.” He is involved with the Juvenile Diabetes Research Foundation (JDRF) and has served on the Fitchburg New Economy Technology Team, contributed to the Wisconsin Academically Challenged and Talented Youth organization, and is the longest-serving bank CEO in Madison and Fitchburg. He was inducted into the WBA 50-Year Club in 2015.

Under Bob’s leadership, Oak Bank has grown from an idea in 2000 into a $420 million community bank employing 40 individuals. Oak Bank supports the growth of local businesses, helps area residents achieve their home ownership dreams, and has been instrumental in the growth and prosperity of the City of Fitchburg and surrounding area. Bob has realized his vision to create a community bank that positively impacts
the community. 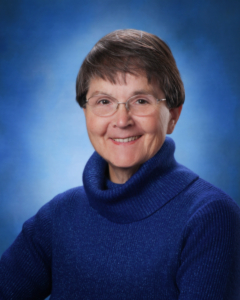 Mary L. Staudenmaier, former Chairman of the Board at The Stephenson National Bank & Trust (SNBT) in Marinette, has been a lifelong community leader and an avid proponent of the banking industry. In 1973, she founded the Trust Department at SNBT, shortly after earning her law degree from Marquette University in 1971. Within six years (in 1979) she was appointed the bank’s first female president and named Chairman of the Board, carrying out this role until her retirement in 2013. The bank grew from $27 million to $300 million in assets under her leadership.

Mary has served as M&M Area Community Foundation founding board member and past president, Twin Counties’ Free Clinic founder and past treasurer, Marinette Medical Care Foundation founder, and Clothes Vault founder. Her other past service includes: Holy Family Parish and Catholic Diocese of Green Bay finance committees, Marinette County Bar Association, Board of Trustees at Mount Mary College, Dean’s Advisory Board of Marquette University Law School, and the WBA Board. In 1997, Mary was appointed by the Wisconsin State Supreme Court to the Wisconsin State Board of Bar Examiners and became its chair in 2002. In 2002 and 2003, she was named the Person of the Year by two different area chambers of commerce.

Mary encouraged SNBT staff to share their abilities with area community organizations, and the Mary L. Staudenmaier WINGS (Worthy Individual Noted for Generous Service) Award is presented annually by SNBT to an employee who embodies the altruistic values Mary has epitomized. 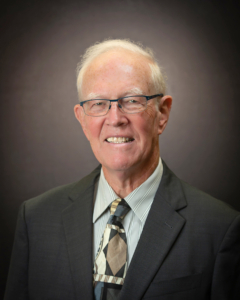 John Godfrey Thomson, known to all as Gof, worked for more than 30 years at The Bank of New Glarus, making lifelong connections and positively impacting Wisconsin’s banking industry.

Gof is a graduate of Grinnell College in Grinnell, Iowa. He received his Juris Doctor degree from the University of Minnesota. He served in the U.S. Navy Reserves as a JAG officer.

Gof served on the Board of Directors for the Independent Community Bankers of America (ICBA) in the 1990s. He was chair of ICBA’s Regulatory Review Committee for several of those years. In addition, he served on ICBA’s Long-Term Planning and Nominating Committees. He was a Board member and president of ICBA Reinsurance. He has been involved with many aspects of the Community Bankers of Wisconsin (CBW) and Wisconsin Bankers Association. Gof served as president of CBW from 1993–1994 and was named “Banker of the Year” by CBW in 1999.

In his community, he is a member of New Glarus Lions (president from 1990–1991 and 2020–2021) and is active with the New Glarus Chamber of Commerce, the Wilhelm Tell Play, and Green County Development. He has served on the Clean Wisconsin Board for nearly 30 years, taking his turn as president, treasurer, and member of the Executive Committee.

Gof loves the political scene, occasionally mustering for public office. He ran for a seat in the Wisconsin Legislature in 2004 and remains humbled by the experience. He found that the friendships and shared values of his fellow community bankers were of primary importance and the respective politics were a distant second. 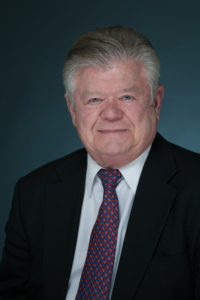 Merlin Zitzner did not set out with the dream of becoming a banker. In fact, his parents never wanted him to leave the farm in Viroqua. He served in the U.S. Army, attended Wisconsin State University Whitewater, and graduated in 1969 with a major in finance and a minor in economics. He planned to work for a farm machinery manufacturer. In 1969, a job offer from the Continental Bank of Chicago took him to Chicago, where he covered the East Coast.

In 1972, he returned to small-town Wisconsin and The Baraboo
National Bank, now Baraboo State Bank, where he helped to save the bank from being sold. After a tragedy struck in 1975, Merlin stepped up at the age of 34 to become the 11th president of the bank. Under his guidance, the bank has grown from $30 million to over $500 million in assets.

In 1976, with Merlin at the helm, business leaders created the Sauk County Economic Development Corporation (SCDC) to help diversify the Sauk County economy due to the closing of the Badger Army Ammunition Plant, a staple in the Baraboo and Sauk County communities. Merlin served as the SCDC Board president for 26 years. Merlin is past president of the Sauk County Bankers Association and in 1995 was named “Banker of the Year” by CBW. Merlin served on the WBA Board of Directors from 2007-2010.

The legacy he built in banking and in local organizations continues today.