The 2022 Leaders in Banking Excellence honors current and former banking leaders who have helped shape their bank and/or our state’s banking industry. The plaques honoring these bankers can be viewed in the WBA headquarters building in Madison on the Wall of Excellence.

The Wall of Excellence is prominently featured in WBA’s Engagement Center, where thousands of bankers will view them each year as they attend the variety of meetings and training programs hosted there. The information on each honoree’s plaque gives today’s bankers a glimpse of those who have helped make our industry what it is today. 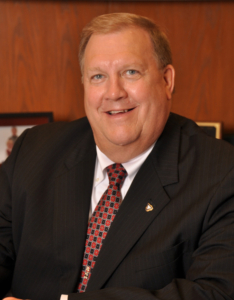 Robert J. Just, Jr. graduated from Wauwatosa West High School and the University of Wisconsin-Platteville. Bob, at the young age of 24, began his service to Mound City Bank, Platteville as a teller in 1971. In 1986, he was promoted to president and CEO, a position he held until 2013. He has continued to serve as a director of the bank and chairman of the Board, bringing his years of service to the banking industry to over a half century.

As a dedicated advocate for the banking industry and for economic development, Bob has made long-lasting contributions to prosperity in Wisconsin. 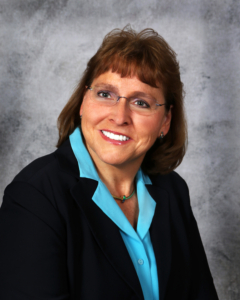 Debra R. Lins began her banking career at the Federal Land Bank Association of Baraboo in 1979. She then served in several capacities for Farmers & Citizens United Bank in Sauk City. She assisted First Business Bank of Madison in its start-up phase and then served as Vice President/Senior Lender. Debra went on to become the first woman to open a de novo rural bank in Wisconsin. She was founder, CEO/President and charter director of Community Business Bancshares, Inc. and Community Business Bank. Later in her career, Debra served in leadership roles for several banks including as Director of MidAmerica Bank, CEO/Director of Markesan State Bank, and as CEO/President/Director of First National Bank of Muscatine in Iowa.

Debra has been further involved in the industry for many decades at the state and national level, serving on the Wisconsin Bankers Association Board, FIPCO Board, and WBA Agricultural Bankers Section Board. She was also appointed to serve on the American Bankers Association’s Community Bankers Council and ABA’s Membership Council.

Debra’s commitment to community banking is evidenced by her involvement as a Governor’s appointee to the Wisconsin Department of Financial Institutions Banking Review Board, serving for 15 years under three Governors; and as a Board member of the Wisconsin 4-H Foundation, Women in Business Council, Badger Chapter of the American Red Cross, Wisconsin Risk Management Association, and Sauk Prairie Memorial Hospital. She is a lifetime member of Friends of Sauk Prairie Healthcare and Future Farmers of America Alumni.

Debra has made her mark as an outstanding leader in banking, business, and community involvement. 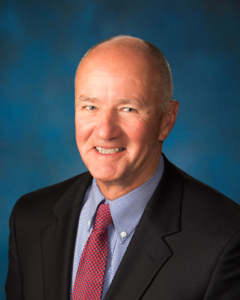 John K. Reinke began his banking career with The Stephenson National Bank & Trust in 1974. He helped build the bank’s commercial lending department and was named president in 2000 and chairman of the Board in 2013.

Ever an advocate for the financial industry, in 2012, he began his appointment to the Board of Directors of the Federal Home Loan Bank (FHLB) of Chicago, and was elected as FHLB Chairperson in 2019. In addition, John completed the Graduate School of Banking at UW-Madison.

John’s long history of civic involvement includes numerous boards throughout the Marinette, Wisconsin and Menominee, Michigan areas, and for this reason he was recognized as Person of the Year by the M&M Area Chamber of Commerce in 1999. His volunteerism includes a wide variety of organizations such as St. Vincent de Paul, University of Wisconsin-Green Bay Foundation, M&M Area Community Foundation, University of Wisconsin-Marinette Foundation, River Cities Regional Chamber of Commerce, Bay Area Medical Center, and M&M YMCA.

John’s legacy of being a thoughtful leader and an outstanding role model has earned him an esteemed reputation both in the banking world as well as in the communities he serves. 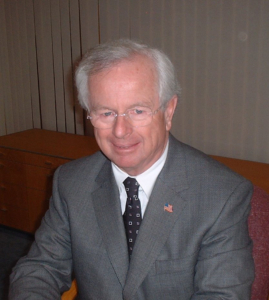 Lee J. Schmalz began his more than half-century career in banking as a Saturday teller/janitor. His first full-time position was with East Wisconsin Savings Bank, Kaukauna in 1962. Lee loved working with his dad, Leo, and had the pleasure of passing along the family tradition to his son, Charlie. Many values and life lessons were shared across the generations at the bank, including a focus on exceptional customer service. Lee’s favorite part of banking was helping people acquire homes and giving local people a chance for something bigger in their lives.

Lee’s contributions to Wisconsin’s banking industry include serving as chair of the Wisconsin League of Financial Institutions (WLFI). He played an instrumental role in merging WLFI with the Wisconsin Bankers Association and went on to serve on the WBA Board of Directors. Lee also served as a Governor’s appointee on the Savings and Loan Review Board for many years.

Had Lee not pursued a career in banking, he would have liked to have been a pilot. He was a private pilot for over 50 years with no incidents. Lee preferred to fly himself to banking industry meetings in Madison rather than drive. In addition, he was an avid downhill skier and boater.

Lee was also very active in giving back to the local community. He was involved in several charitable and civic organizations, most notably the Rotary Club and Elks Lodge. Lee opened five branches over his time with the bank, and he enjoyed the opportunities to work with good people helping them achieve their dreams. 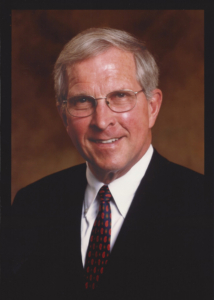 James B. Wigdale’s 42-year career in banking began in 1961 as an assistant cashier at M&I Bank, where he would advance through the commercial banking department and a variety of executive positions to eventually become CEO and Board chair in 1991. He retired as CEO in 2001 and as chair in 2004. He helped build a culture that was steeped in business ethics, honesty, partnership, and integrity.

Jim was a graduate of Milwaukee Country Day School and Stanford University. He received honorary degrees from the Medical College of Wisconsin (MCW), the Milwaukee School of Engineering (MSOE), and Ripon College.

As a trusted business leader, Jim served on the Boards of Directors at a number of companies, including Green Bay Packaging, Sentry Insurance, Mason Wells, Metavante, and, of course, M&I Bank. He was also a highly engaged advocate for Wisconsin’s banking industry and supported extensive involvement in the Wisconsin Bankers Association.

Jim’s success in business was rivaled only by his passionate commitment to making the community stronger. He served as Chairman of the Board of Boys & Girls Club of Greater Milwaukee, MCW, and Columbia St. Mary’s, and was a member of the MSOE Board of Regents. He also served with the Greater Milwaukee Committee, Children’s Hospital Foundation, YMCA of Metropolitan Milwaukee, and others. He had a tireless work ethic and deep appreciation that every day is a gift.