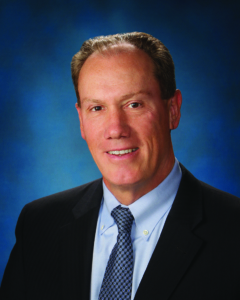 By Daniel J. Peterson, president and CEO of The Stephenson National Bank & Trust

We typically do not raise issues occurring in Washington with the public, but because the people in our community are important to us, we want to inform our neighbors of proposed legislation that could significantly impact millions of families and small businesses.

There is currently proposed legislation that, if enacted, would require all financial institutions to report to the IRS the gross financial inflows and outflows of every business and personal customer account above $10,000. The proposal would use banks as a third-party information source to find and report taxpayers’ income.

As a bank, The Stephenson National Bank & Trust strongly believes in protecting our customers’ private financial information. We only collect personal, financial data for the purpose of serving consumers and businesses – and we do our utmost to safeguard their money and their privacy. The proposal would require financial institutions to transfer a large amount of personal data to the IRS, significantly more data than has been shared with the IRS before. The IRS is already a common target for cyberattacks (approximately 1.4 billion attacks annually) due to the amount of personal data currently in its control. Therefore, adding a new set of sensitive consumer data puts the privacy and financial data of millions of Americans at greater risk.

We felt it was important to share this information with the public so each individual can determine whether to take action. If a person would like to express their opinion, they may contact their member of Congress.